The Murchison Falls section on the White Nile

Murchison Falls is a well renowned place in the kayaking world. Committing, full-on and in the outback of Uganda’s Africa. The Murchison section on the Nile has the largest concentration of Hippopotamus and crocodiles on the planet, plus some other epic wildlife such as elephants, lions, hyenas, snakes and buffalos. The whitewater is epic, more than 1,500 cubic metres per second of water twist and turn their way down countless blind channels launching off unscoutable horizon lines, passing by all elements of the African wilderness, which meant being on constant edge twenty-four hours a day. 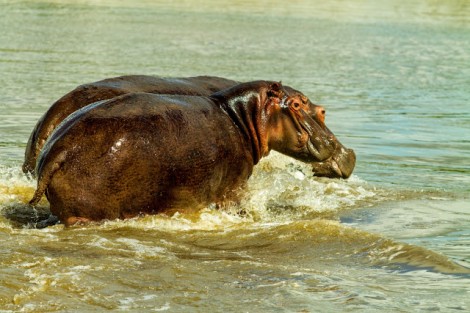 Flying into Uganda I was nervous and apprehensive, due to the stories of countless hungry croc charges and hippo attacks. I wasn’t sure at all if I was keen on this trip. Arriving in Jinja, we caught up with trip leader Anton Immler. He had done this trip twice before and provided us all the useful and interesting information we wanted to hear and not to hear. 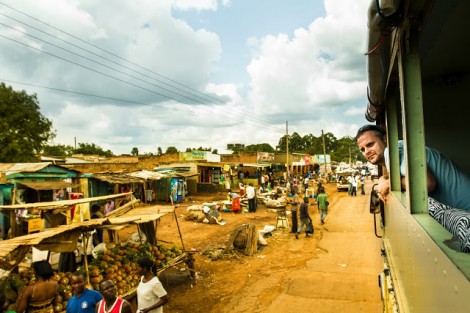 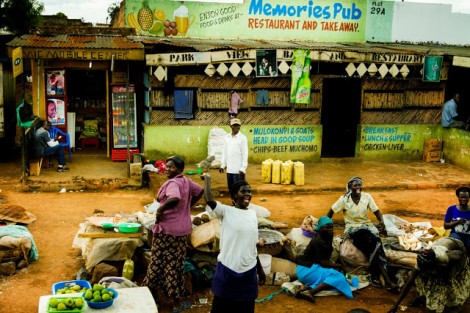 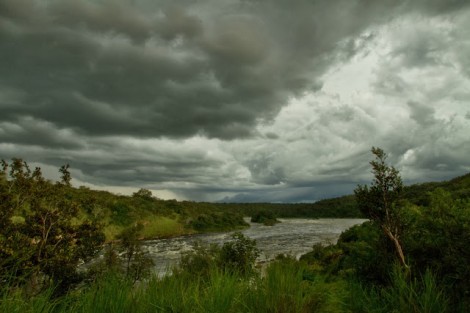 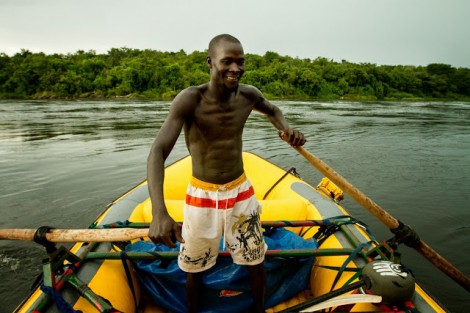 After three days on the commercial section of the Nile around Lake Victory (the source of the Nile), learning drills, talking about wildlife and whitewater scenarios, swimming rapids and first aid, we were ready to set off to one of the most intense experience of our lives! 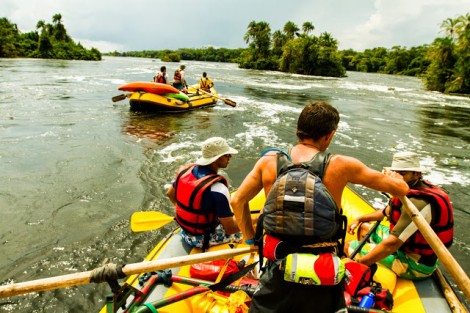 An eight hours drive in TIA Adventure’s massive 4×4 army truck, brought us to Kurma Falls and to one of the only four bridges crossing the Nile. Here we were exposed to the raw power of this section. The entire river squeezed between a fifty metre riverbank making huge wave trains, surging holes, and boily messy rapids. 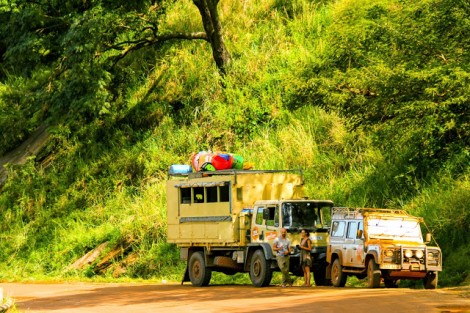 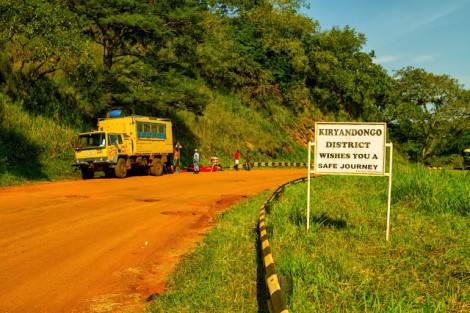 We packed all our gear the day before to be on the water the next day as early as possible. Rafts were pumped and loaded. Spare oars, water pumps, air pumps, sat phones were checked, GPSs hidden away, cameras, food, tarps, matches, maps and the kitchen. 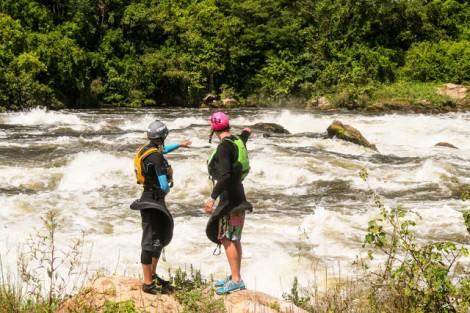 The next morning we set off. Instantly the water grabbed us and dragged us downstream around the corner. The waves and boils were that much bigger from water level than looking down from the bridge. Anxiety was high, the last trip had two rafts had flip in the first five minutes. Everyone was on edge. The long rapids flow into large pools inhabited by hippos and crocs. Swimming is not a very wise thing to do. 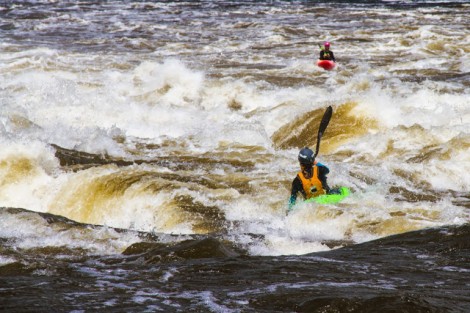 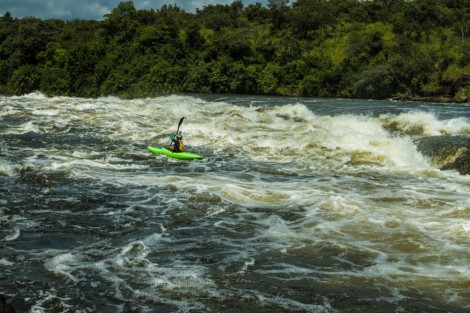 The first day was short with Anton knowing a lot of lines. Every flat pool we (Anton Immler, Mike Dawson and Martina Wegman) jumped out of our kayaks onto the back of the raft to avoid run-ins with crocs. We were then launched back into the river just above rapids to run first and act as a probe checking out lines and looking for ways down the maze of holes and waves. 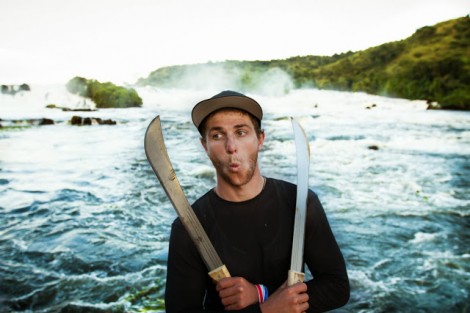 For Camp we choose an island right above a rapid named Hippo Walk. An island is safer from the big five African beasts but more likely to be home for hippos and lurking crocs. Pete, Alex, Davey and Anton went straight into the bush to check for signs of life before giving us the all clear. 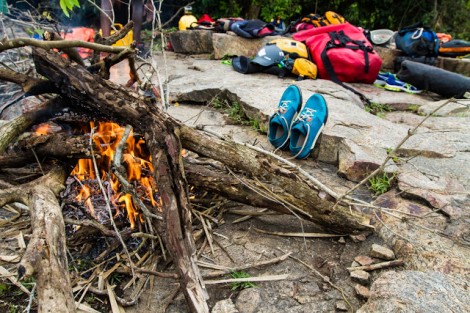 Day two was my favorite day as it was almost continued whitewater, meaning we did not had to stress to get in and out of the rafts and were less likely to run into hippos and crocs as they mostly hang around the flat pools. 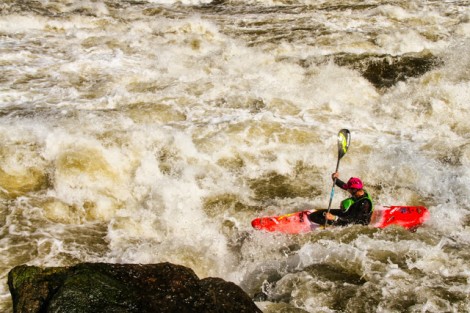 Day three had four massive rapids. Puzzle, Vanguard, Vidiot and Supernova awaited us down stream. All have lines but the share width of the river means scouting without a helicopter is impossible. Roping rafts and running surgy chicken shoots were the order of the day. 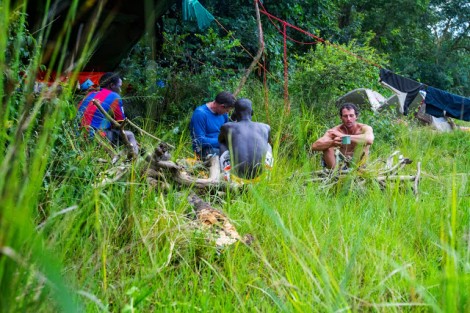 Day four was the crux. A blow out here, a flip, a swim, any mistake could be deadly sending us down the wrong side of the river or worse into Murchison Falls. 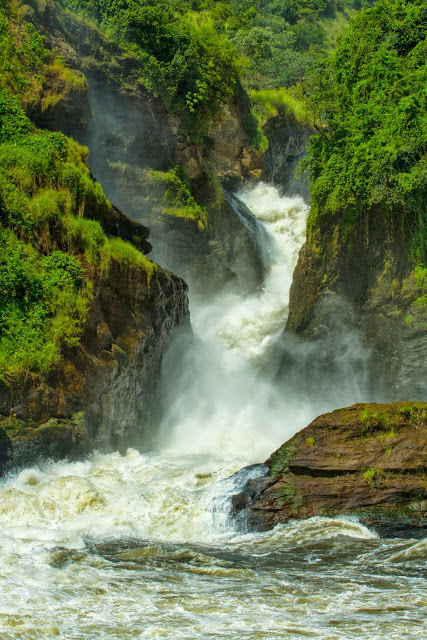 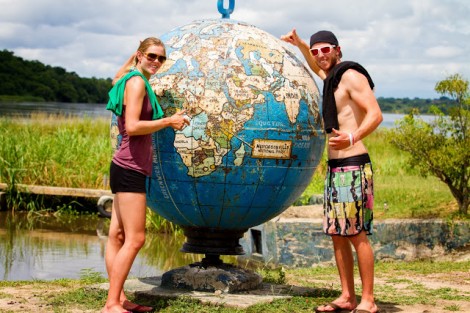 After four days we survived and completed another successful decent down the Murchison falls section. 10 people, 85kms, countless rapids, 1000’s of hippos, 6 crocs and no close calls! Here is a little one minute video of the trip. Thanks to This is Africa adventures and the entire crew for making this happen. www.tia-adventures.com

Schoorl (The Netherlands), Tauranga (New Zealand). With her father running a kayak school, Martina was destined to become a kayaker. Growing up in the small seaside village of Schoorl, she spent her teenage summers working as a kayak instructor and following the European freestyle circuit. Martina has become a true globetrotter who can pride herself on winning the European Freestyle Championships and some of the highest profile whitewater races in the world, including the Teva Outdoor Games and the Sickline Extreme World Championships four times in a row – her sights are now on slalom competition.
← Previous

A guide to sponsorship