Greek rivers will not only astonish you with their beauty, but there are runs that won’t disappoint even the most skilled kayakers looking for challenges. Ask locals about the history and mythology of the area to fully experience the appeal of this country. Before we headed to Albania, our trip took us to Vikos, Konitsa and the Smolikas Mountain …

WHERE TO STAY: Vikos or any nearby village

Vikos is a beautiful village located at the edge of the infamous Vikos Gorge, which is one of the highest gorges in proportion to its width in the world. Depending on the flow, Voidomatis River will emerge from the underground at varying parts of the gorge but you get to a normal put-in for the Vikos Gorge section following a trail that starts in the Vikos village. This first part can be up to class IV/V at higher flows. We had a very low water level when we were there but we weren’t disappointed a bit by the scenery and the beauty of the Vodomatis, which is regarded as one of the cleanest rivers in Europe. Vikos runs for about 20 kilometres before it reaches its confluence with Aoos. 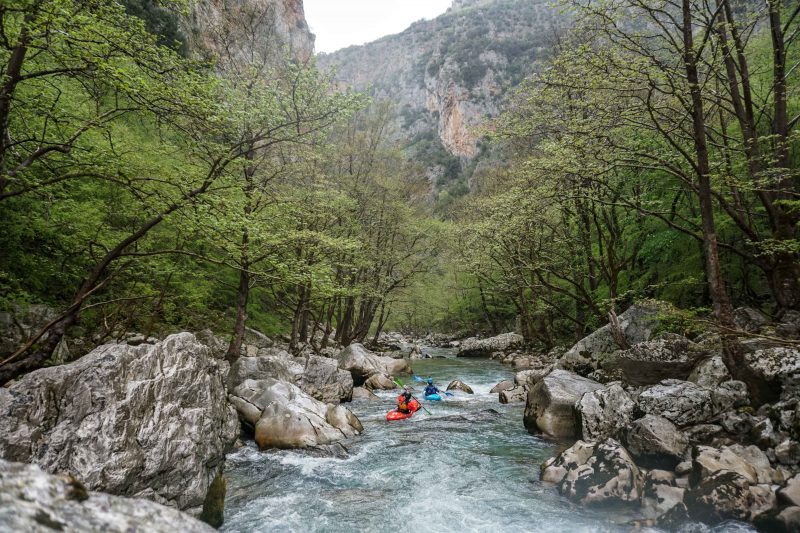 Voidomatis under the Vikos village. 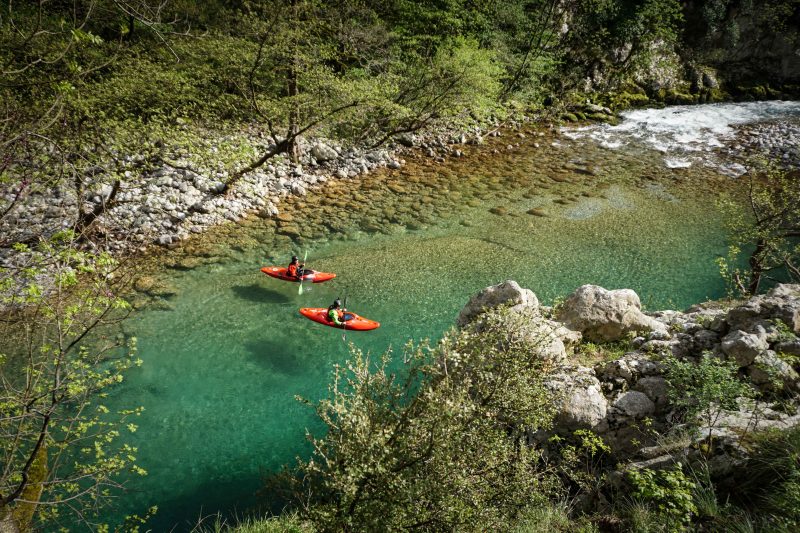 Voidomatis, one of the cleanest rivers in Europe.

WHERE TO STAY: Konitsa or at the put-in

Aoos is a step up from other runs in the area. It has it all, an easy braided section, technical boulder gardens, bigger class V rapids, and portages. After you enter the gorge, you are committed to hours of excitement with breath-taking views. This gorge makes you feel small and humbled. Treat yourself with some authentic and tasty Greek cuisine in a beautiful town of Konitsa at the end of the day. 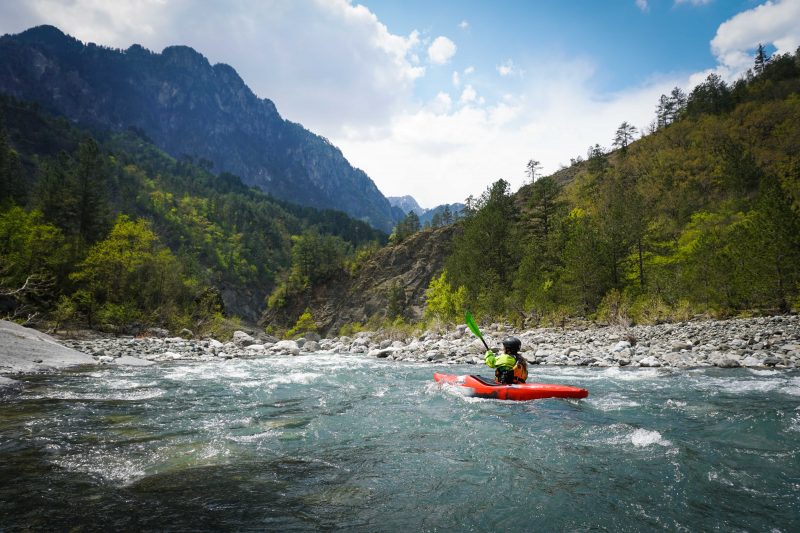 Aoos before it enters the gorge. 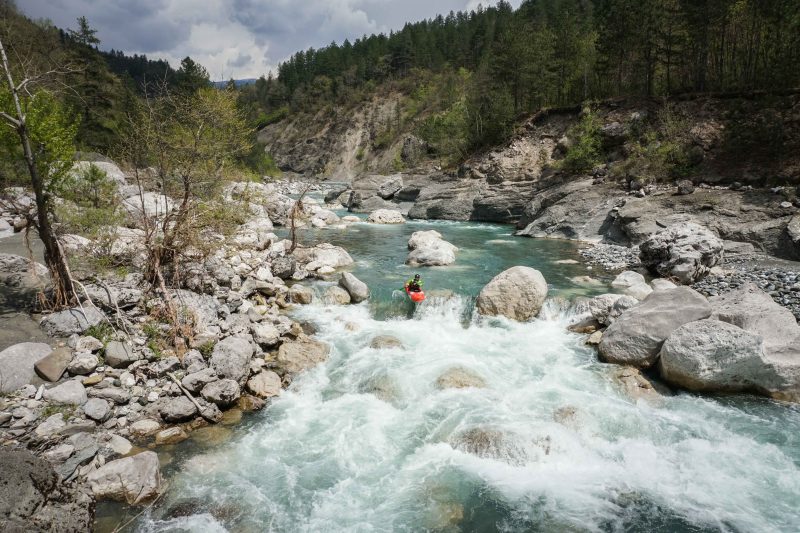 Carmen running a nice rapid just before the gorge starts. 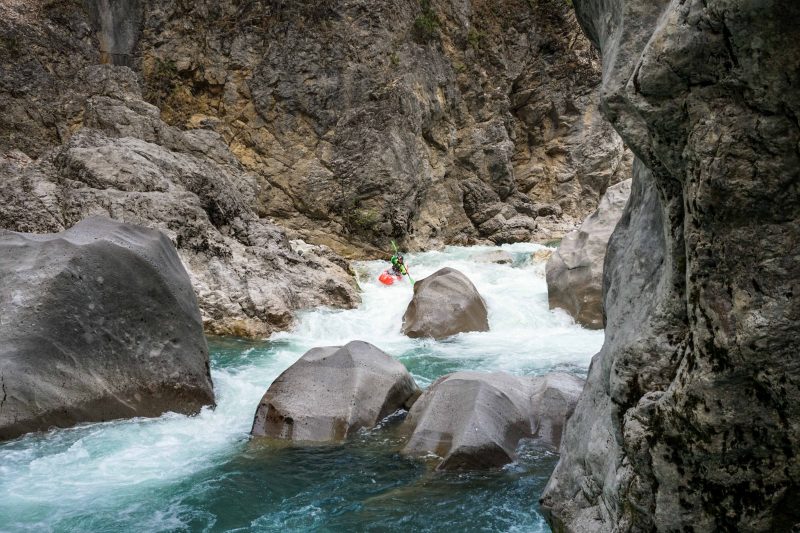 Carmen deep inside the gorge 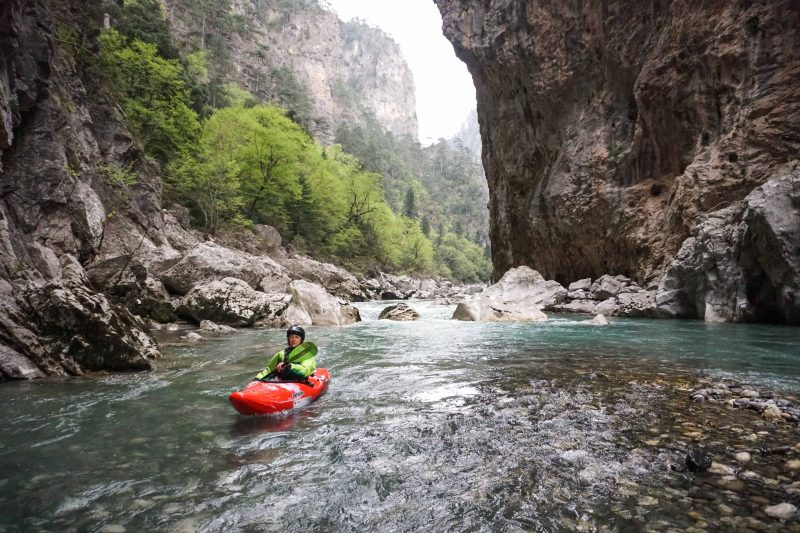 This place is magnificent

WHERE TO STAY: Konitsa or camp by the road on the mountain.

Smolikas Mountain is another treat for ski tourers and hikers. It is very easily accessible from the road and there are numerous small peaks to climb. There is a chance you’ll find tracks of other skiers as this is a popular mountain, but nothing in terms of more classic ski touring destinations. 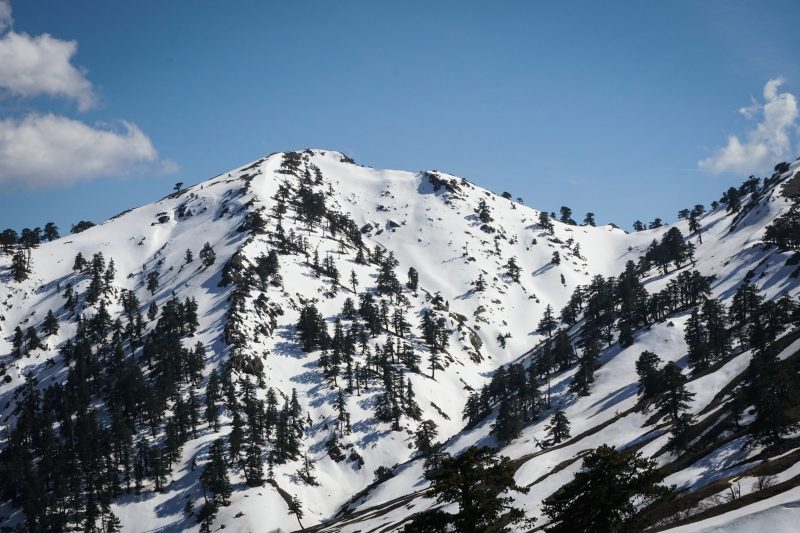 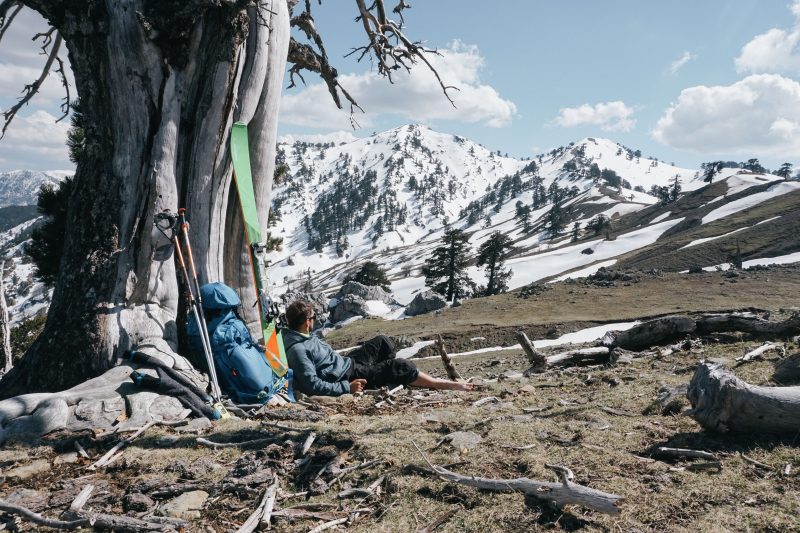 Albania is a country with a very interesting history. After the fall of communism in 1990, it has become a fast-developing country with a big contrast between the rich and the poor and the rural and urban areas. It is not unusual to find a cosmopolitan style bar in the most remote village, where most older residents earn their living by herding sheep. Most foreigners will be astonished by the beauty of nature and the amount of fresh produce grown here, but at the same time horrified by the attitude towards this nature, after realizing that most garbage lands straight in the rivers. Things are changing in this country though. It is well worth the visit and while you are there, compliment the nature and comment on the value it has for you. Albanians will fight fiercely for it after they realise its value and potential, which is what has been demonstrated to us on this and previous trips many times.

WHERE TO STAY: Riverside camping, Langarica hot springs, Hotels in any town.

Vjosa is an Albanian name of the river Aaos. After it leaves Greece it mellows down. There are some class III rapids but most of the river sections aren’t difficult. Vjosa was the main focus of the BRT 1 in 2016 and there are a few NGOs that are fighting to protect it from hydro projects that would endanger its endemic species, stop sediment transportation and destroy some prime farmland – the only source of income for locals affected.

There are a few tributaries, which are good to go, like the sizeable Drino River and a little Langarica, which runs through a beautiful narrow gorge and ends with some nice hot springs. While doing the Drino, also visit a beautiful historical town of Gyrokaster.

We intended to scout and run a first descent of the Bence river but were turned back by the low flows. If you decide to go for it, speak to the locals first and as for permission due to a local history of weed growing. It isn’t always safe to go. Also, negotiate a donkey transport. 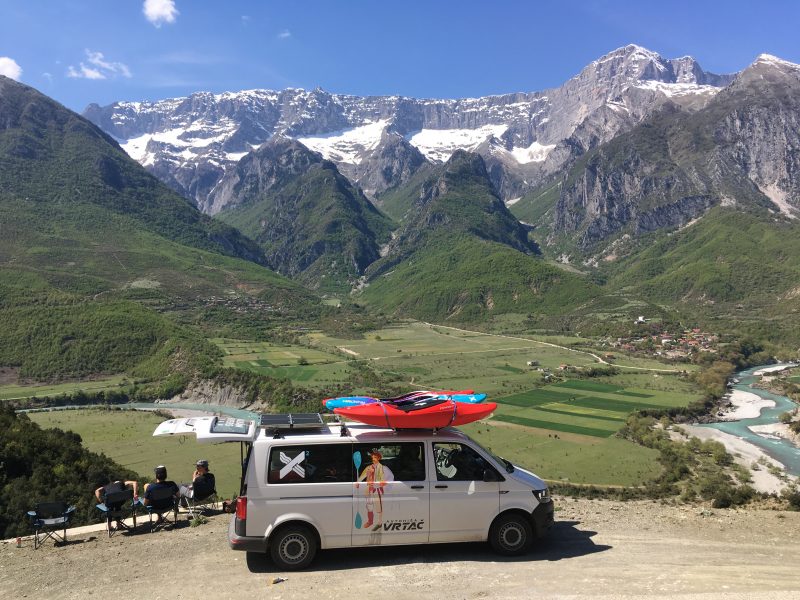 Famous view of the Vjosa Valley 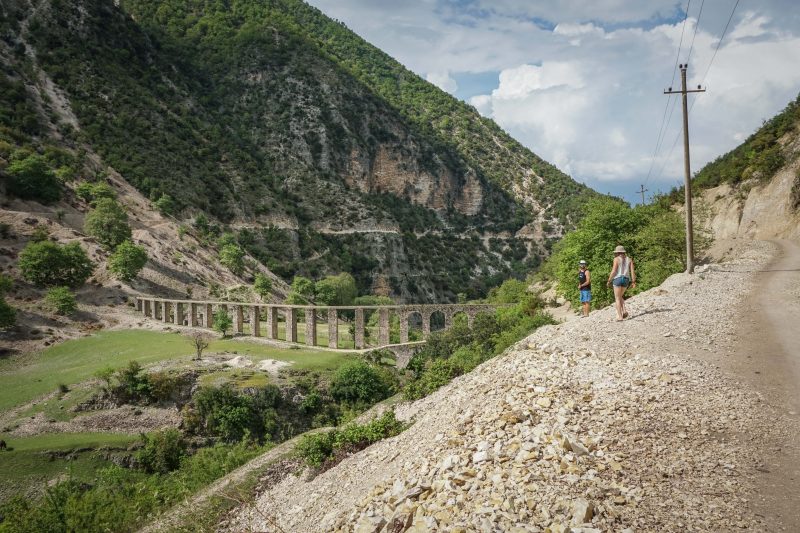 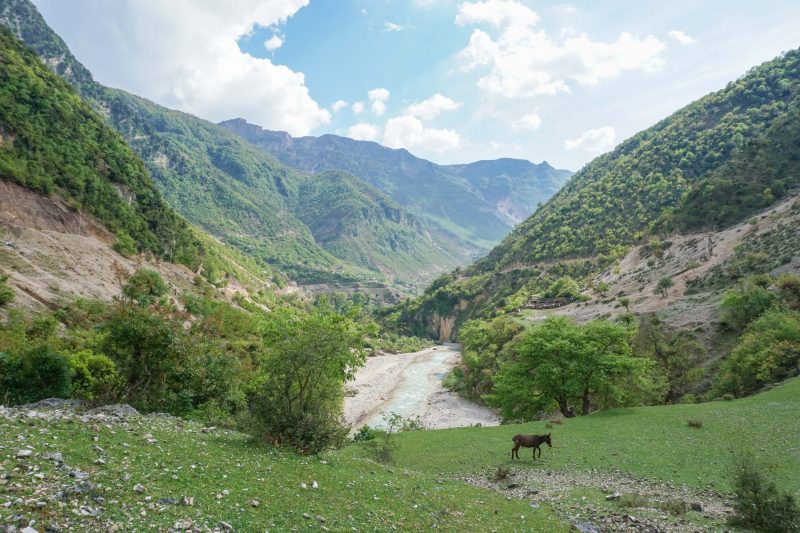 Ljubljana, Slovenia. A graduate in cultural studies and social anthropology, Andraž is not your average rafting seasonaire and kayaking instructor. Kayaking and rafting have however served up the opportunity to travel the world. Always in touch with the relationship between our society and environment, Andraž is also a campaigner to protect the rivers he loves in Europe, and around the world.
← Previous

Fantastic fish and how to catch them: mackerel