Looking out on a calm sea, at first glance you might think not a lot was going on out there. But take a kayak, canoe or paddleboard out on the water for a closer look and you’ll see that the sea and shore is full of wildlife.

How much do you know about the creatures that live on our coast? Take this quiz by Dr Lou Luddington to learn some fun facts.

Dr Lou is a marine biologist, diver and sea kayaker who is fascinated by aquatic life. You may have seen her amazing photographs and read her articles in Ocean Paddler Magazine. Her new book, Wondrous British Marine Life, is available from Pesda Press

Well done, you sure know your sea shore! Check out your answers and some interesting facts below each question. Share your score on the Palm Groms Facebook post www.facebook.com/palmequipment And look for the tie-breaker caption competition there!

Good try! You’ll get your sea legs yet!

Check out your answers and some interesting facts below each question. 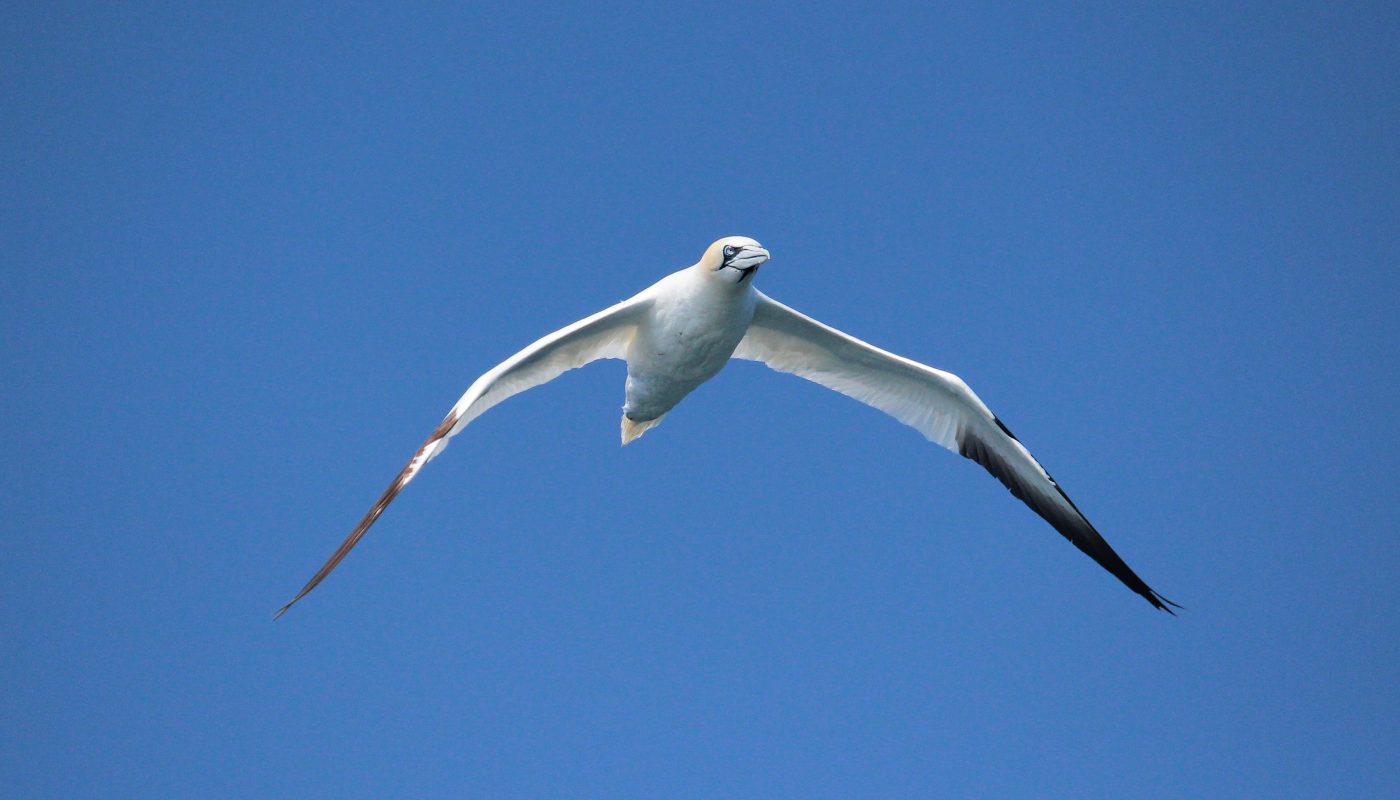 #1 What’s the name of this seabird that can dive from the height of three double decker buses to catch a fish?

Gannets spot fish from the air, as high up as thirty metres. They plunge dive at terrific speed to catch the fish unaware.

Oystercatchers, on the other hand, feed by prizing limpets from the rocks with their strong bills or pulling worms from the sand. 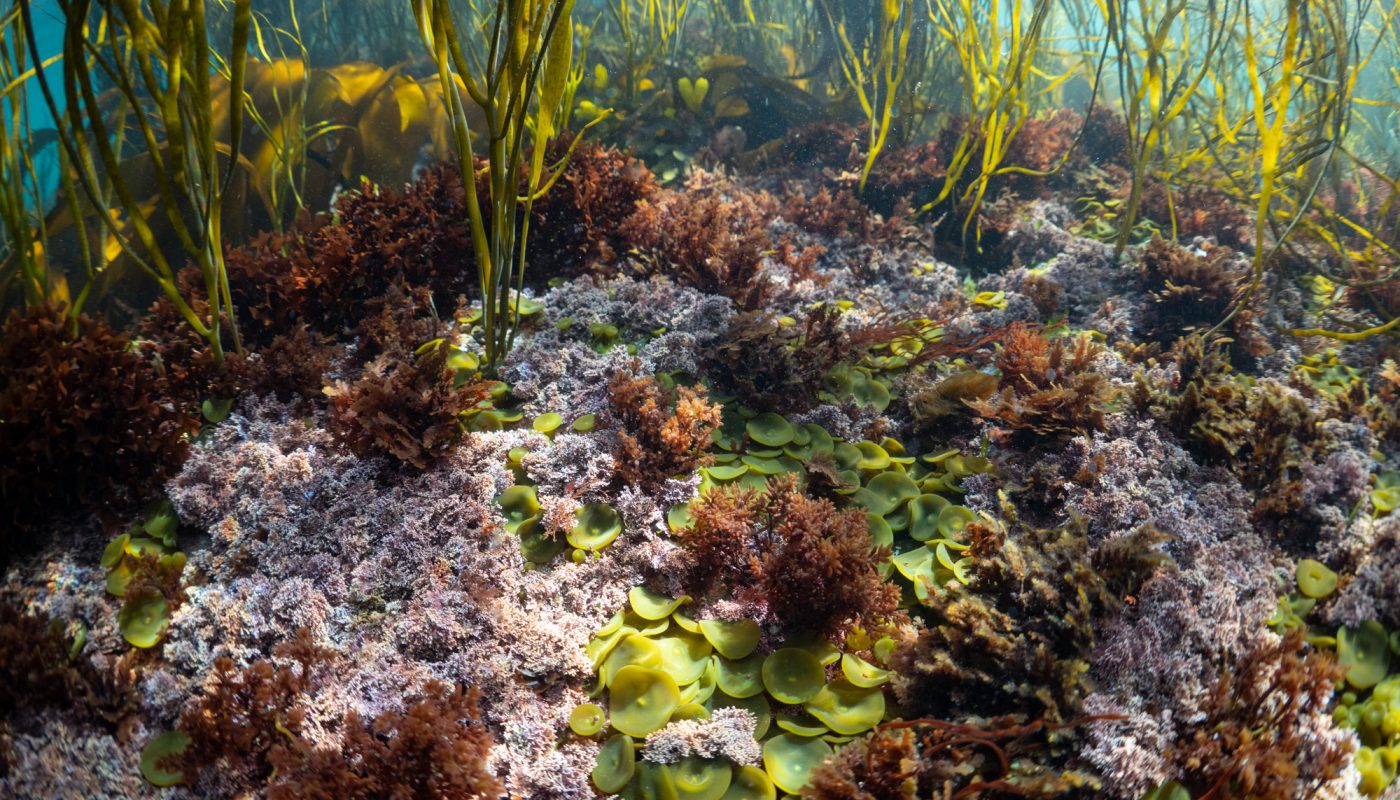 #2 How many species of seaweeds grow in the seas around the British Isles?

There are around seven hundred seaweed species around the UK. Seaweeds make up the forest of the sea, but not all seaweed is attached to the rocks, some species float free in the water and make islands for small creatures to hide in and feed on. 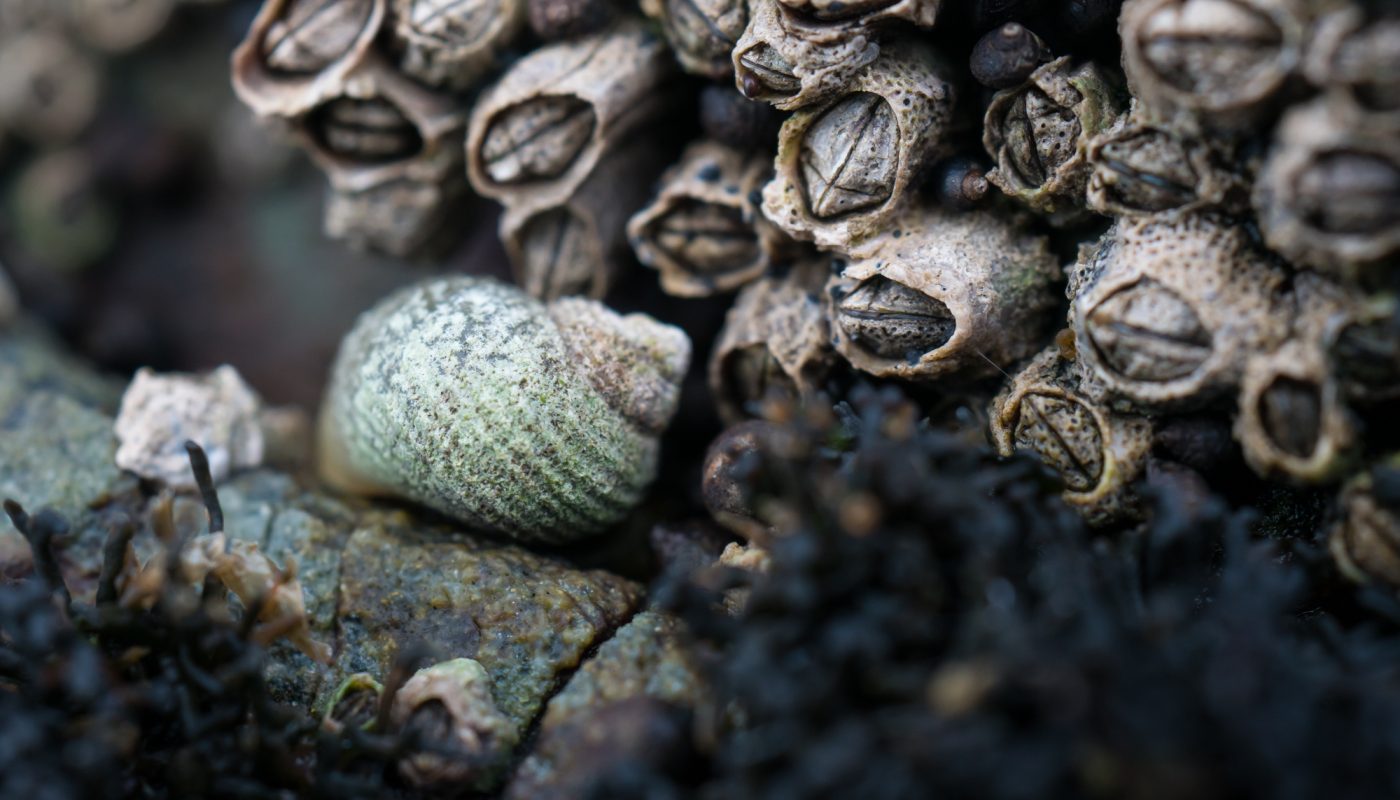 #3 Both of these creatures are well adapted to the intertidal zone. Which one is a mollusc?

The periwinkle with its spiral shell shown in this photo is a mollusc. Just like a land snail they have a muscular foot which they use to glide around on the rocks grazing on algae, but they can disappear entirely inside their hard shell when the tide drops, so they don’t dry out.

The barnacles you can see growing all around this periwinkle are from the group of animals known as arthropods. They also have a hard shell that stops them from drying out, but they remain attached to the rock in the same place all their life. 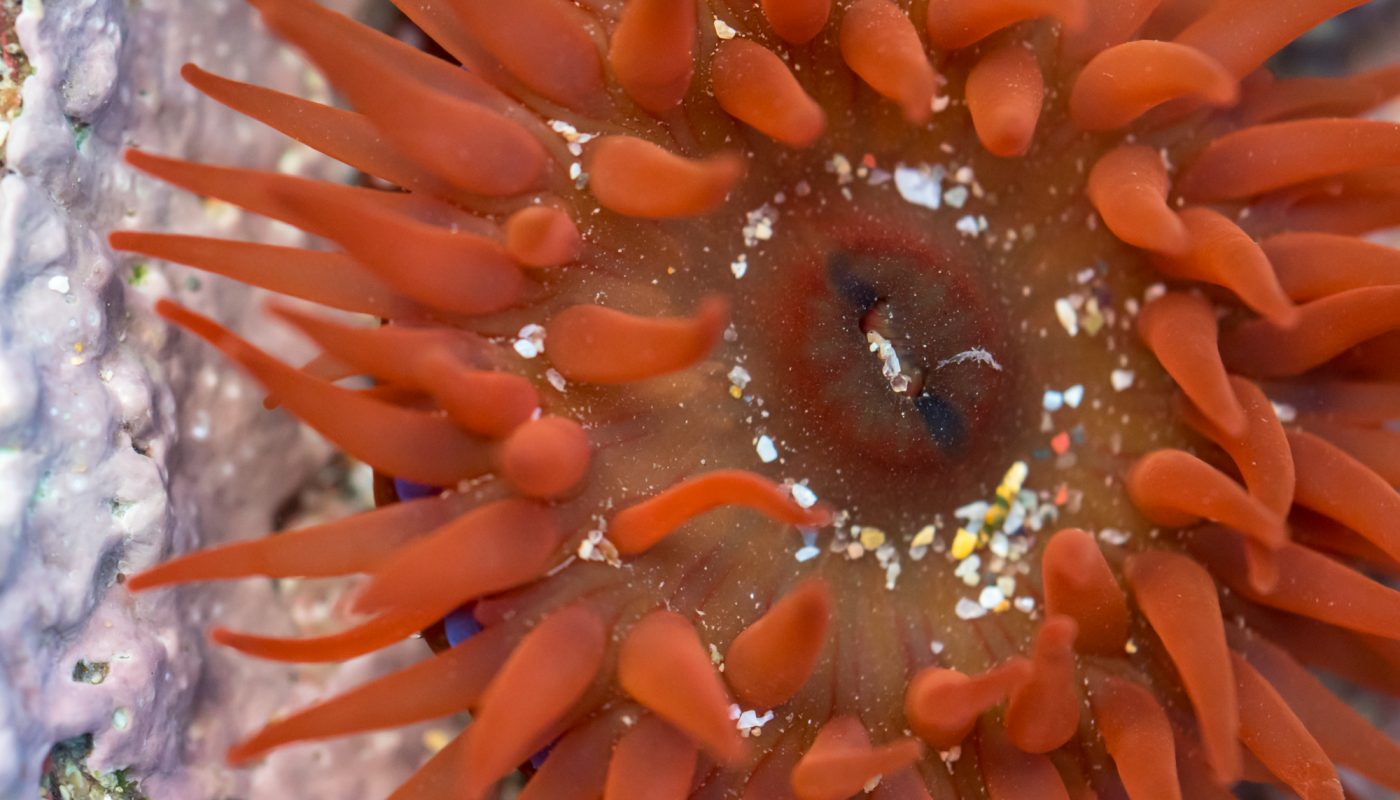 #4 Anemones are another creature you’ll often find in rockpools. How do sea anemones capture their prey?

Sea anemones feed on small fish or other small animals that get close enough to touch with their stinging tentacles. Their prey stick to their tentacles which pass the food to their mouth in the middle.

Most anemones stay in one place attached to the rock, but did you know some of them can swim? 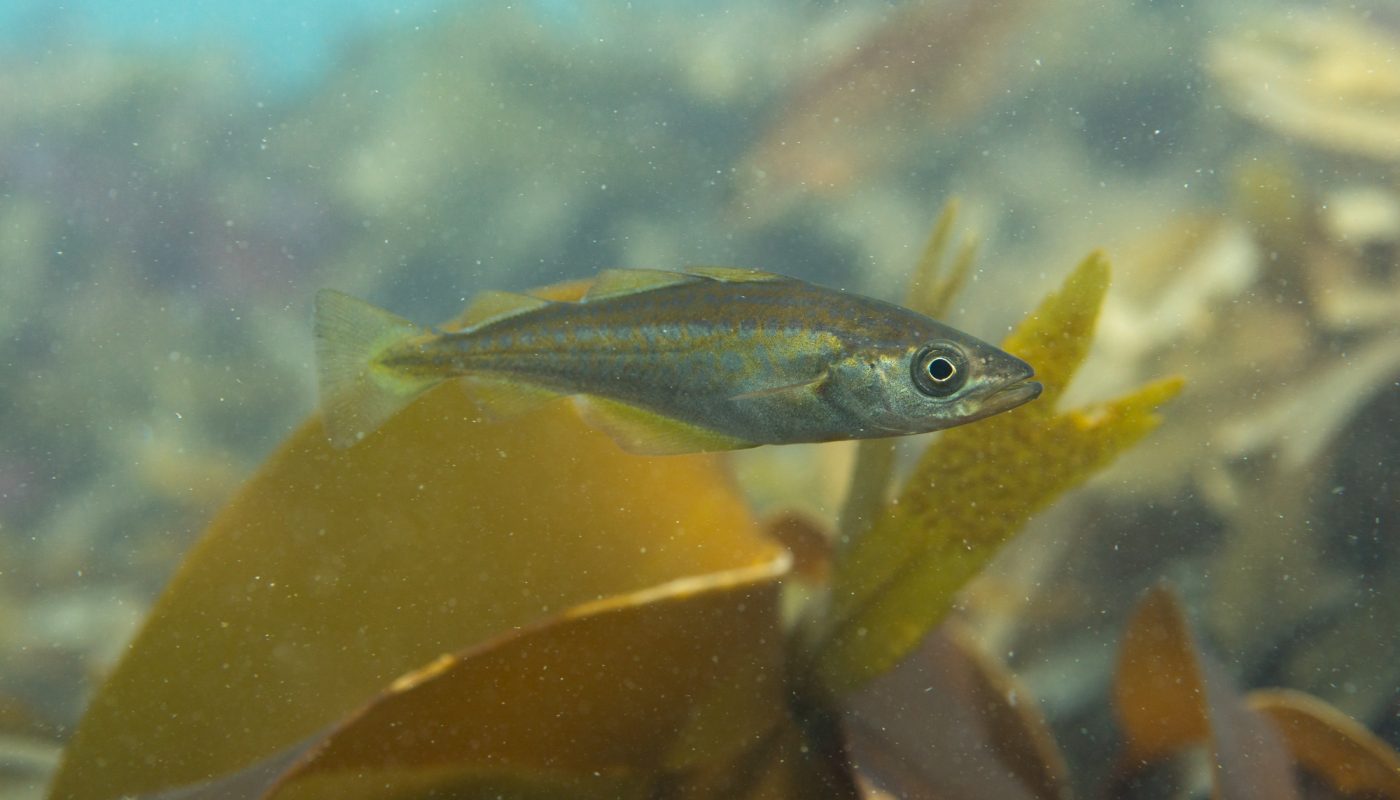 #5 Do fish have a good sense of smell?

Fish often rely on their good sense of smell to sniff out food, or to sense danger. Not only can mud and silt make sea water cloudy and hard to see through, but below one hundred metres depth it is too dark for plants to grow in sunlight, so a keen sense of smell can be very useful. Salmon even use their sense of smell to seek out the river where they were born when they return from their time in the ocean. 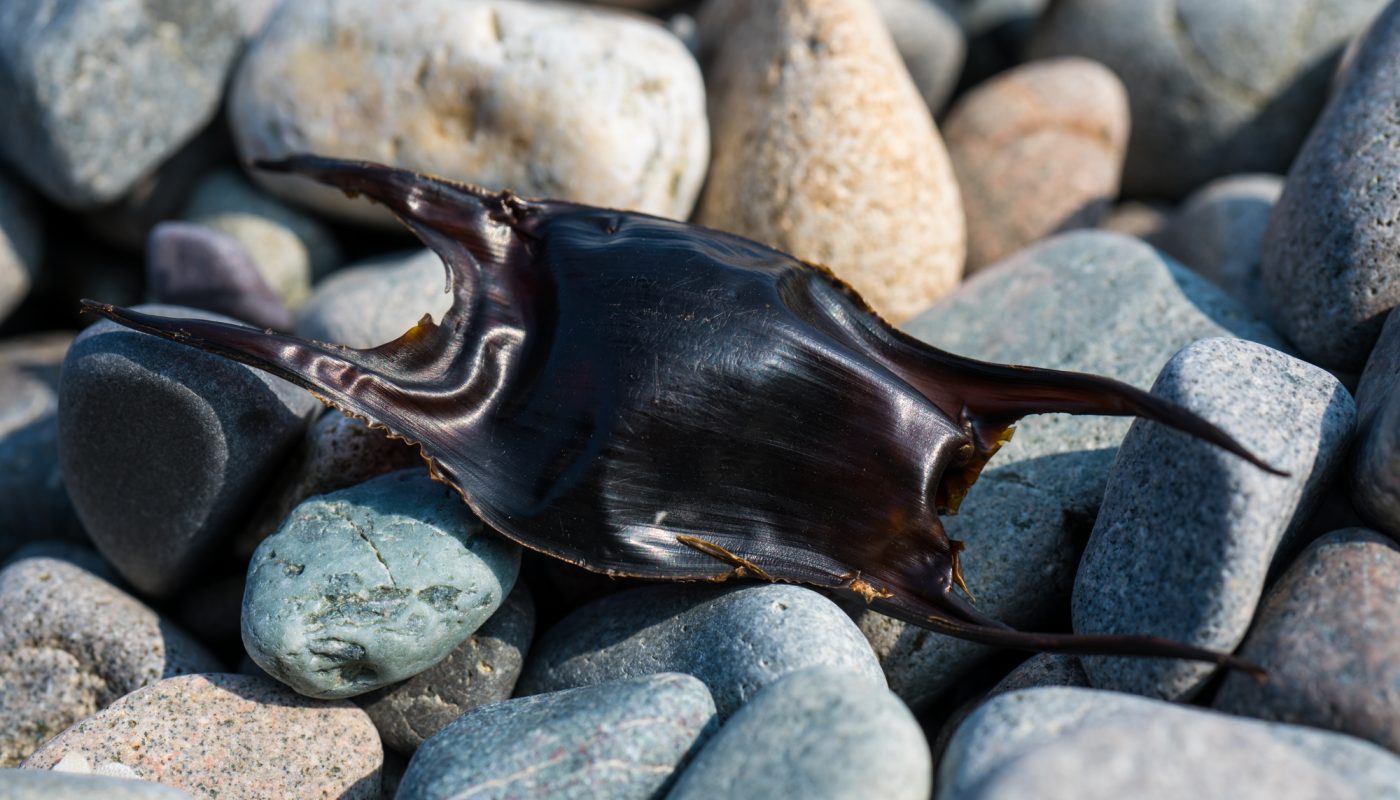 #6 This egg case is often called a ‘mermaid’s purse’. Which creature does it belong to?

Sea snail eggs are most often clumps of clear jelly like stuff. With no protective casing like the ray’s egg, sea snails rely on laying lots and lots of eggs at once. 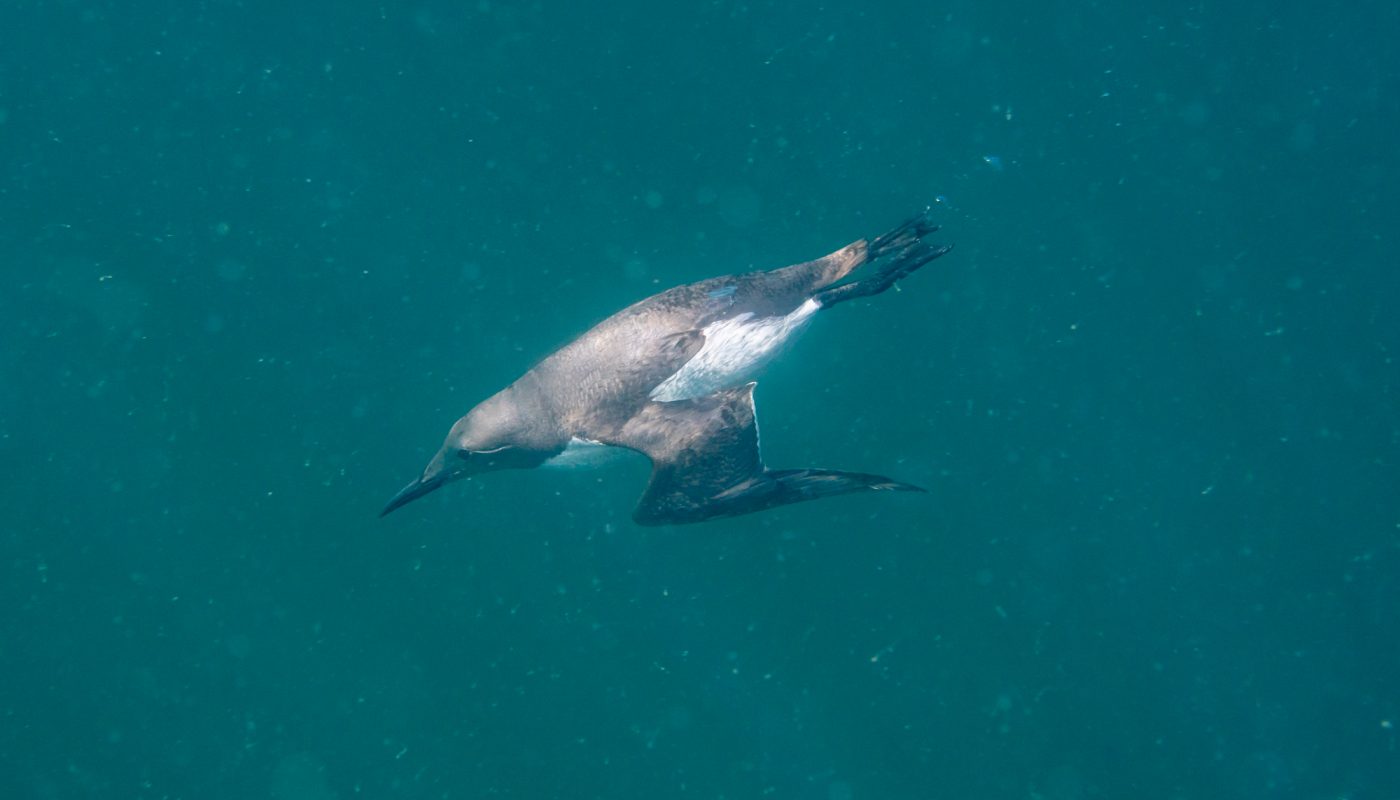 #7 What is the deepest diving seabird?

The emperor penguin has been recorded diving to 500 metres, compared to guillemot’s record dive of 180 metres. Both species are very good at swimming underwater with their wings. Penguins are so well adapted to swimming they are unable to fly. 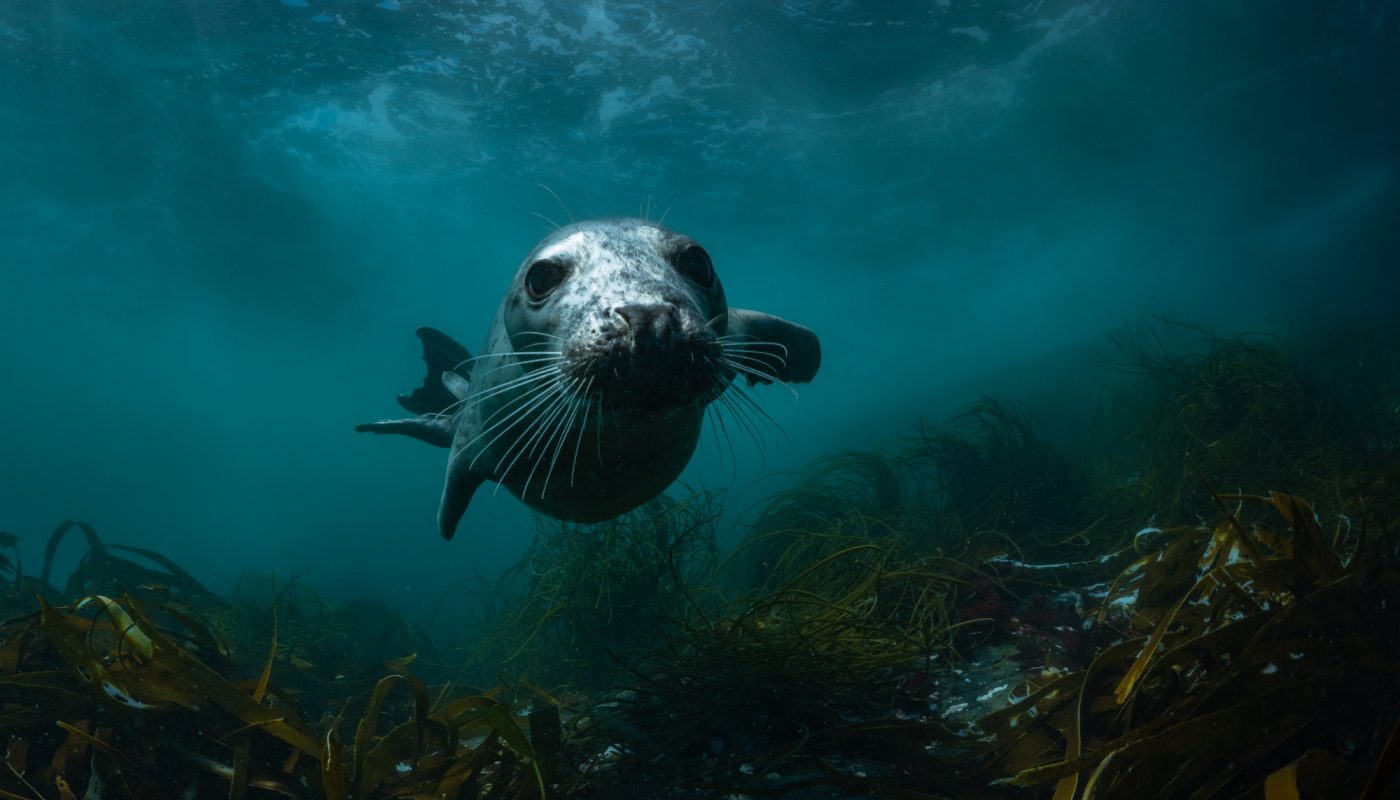 #8 What are the two species of seal that inhabit UK coastal waters?

Fur seals are easy to spot with their pointy ears! But they live in the Pacific Ocean and around the coast of Argentina and South Africa.

Leopard seals have the sharpest bite! But they live only in Antarctica.

#9 Which wobbly sea creature inhabits coastal waters in summer and is made up of tentacles hanging from an umbrella-shaped bell?

Jellyfish like this compass jellyfish, float in the water and appear to swim aimlessly about by pulsating their umbrella shaped bell. Their tentacles float behind them, stinging and trapping plankton. Their tentacles can coil up to bring the food to their mouth in the middle of their jelly body.

Sea slugs live on the sea floor, like sea snails some graze on rocks for algae while others are carnivorous, eating sponges, sea anemones or other sea slugs.

Dolphins can ‘see’ a 3D view of obstacles and fish around them by listening to the echo from the clicking sounds they make. Dolphins can recognise their favourite fish to eat from the pattern of sound that comes back.

Hearing is important to seals too, and they are very good at hearing underwater, but they don’t have all the fancy sound equipment that dolphins use for echolocation.

Can you put a funny caption on this amazing photo of a bottlenose dolphin in Cardigan Bay? Head on over to the Palm Facebook page and post your caption in the comments.

Great Britain. With an encyclopaedic knowledge of the Pembrokeshire coast, marine biologist Dr Lou Luddington has been working in marine conservation for fifteen years. She’s a sea kayak guide, surf coach, dive master, and certified Marine Mammal Observer. Look out for her regular column ‘Seasonal Delights’ in Ocean Paddler Magazine, and check out Lou's website for guided wildlife kayak trips around the coast of Pembrokeshire.
← Previous

Come out of lockdown strong – with five flat water sessions